History in Idaho began when the White Man discovered it, and that’s that! Well, no, of course that’s not true. But unfortunately the recorded history of Idaho does begin with the appearance of Europeans in the early 19th century. Everything prior is based on fossil records and legends. So, the known story of Idaho is largely one of conflict between settlers and Native Americans, and of the struggle to populate and live off some of the continent’s wildest land.

15,000 to 6,000 B.C.The appearance of humanity, with Big-Game Hunters on the trail of woolly mammoths and mastodons establishing a presence in Idaho.

6,000 B.C. to A.D. 500The so-called Archaic Period sees a major warming of the earth, which creates massive rivers. The Archaic people, hunters and gatherers, begin to trade with one another.

500 to 1805Not much is known about the 1300 years before the arrival of the Europeans, referred to as the Late Period. The modern Indian tribes such as the Nez Perce, the Bannock and the Shoshone, took shape and flourished.

1810The fur trade leads to the establishment of Fort Henry on the Snake River, abandoned just a year later. 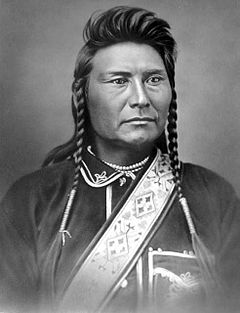 1846–1869Tens of thousands of settlers pass through Idaho on the Oregon Trail, though very few choose to settle here.

1860A gold rush leads to the illegal establishment of Lewiston, squarely situated in territory given to the Nez Perce tribe in a treaty.

1863Abraham Lincoln incorporates the Idaho Territory, which included most of present-day Montana and Wyoming, and had its capital at Lewiston.

1877The bitterly fought Nez Perce War concludes with Chief Joseph’s immortal words “From where the sun now stands I will fight no more forever.”

1981The closure of the Bunker Hill Mining Company signals the substantive end of mining in Idaho.

1992The infamous Ruby Ridge standoff between right-wing separatist Randy Weaver and the US Marshalls leaves three dead, including Weaver’s wife and son.

2001The Aryan Nation is expelled from the state. Owing to Idaho’s remoteness, right-wing extremism has been a problem since the 80s.

2012 and beyondWith the eclipse of mining, Idaho’s economic base turns to tourism and technology, with Boise establishing itself as one of America’s most livable cities, and adventure-seekers the world over beginning to discover the state’s great untamed wilderness.